What is the Spectrum control?

After much sound testing, Kai Tachibana developed what was then, and we still believe, the unique double filter control called “Spectrum”. Not only the usual highs are raised or lowered, but also the lower mids/bass (~300 Hz). In the 12 o’clock position the sound is almost neutral. Turning the control counter-clockwise minimizes the treble and bass. Raised clockwise.

This allows a variety of EQ settings with just one knob. 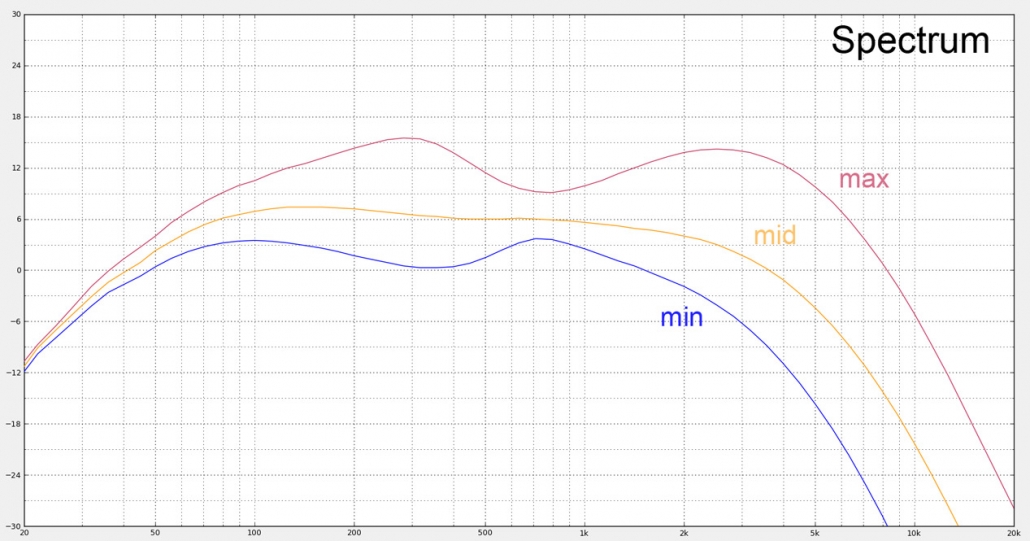 Tags:
Zurück What is the built quantity of the Sound Studio Series?
Weiter Which overdrive is good for bass?
Directory
How many pedals were built by ODR-1 Ltd?With which operating voltage can I operate the ODR pedals?
Scroll to top